Several of my books have been published in other languages. The quirkiest is the French edition of Why do Buses Come in Threes? (see right) whose title doesn't exactly trip off the tongue.

The most translated book is How Many Socks Make a Pair?, which is available in Japanese, Chinese, Korean, Finnish and French, and also in a beautifully designed Italian version Qaunti calzini fanno un paio?.

Maths for Mums and Dads was superbly edited and Americanised by a small US publisher called 'The Experiment' and published under the title Old Dogs, New Math. The book was due to get a great review on NPR, but the item was axed at the last minute and instead of national exposure, it has unjustly disappeared into obscurity. 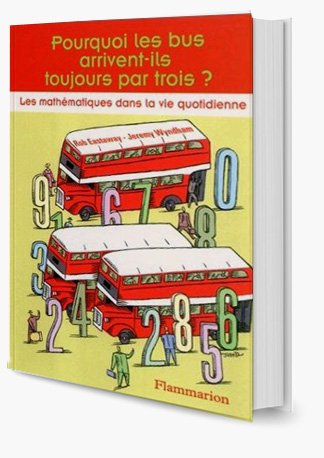