Maths for Mums & Dads
By Rob Eastaway and Mike Askew

What on earth are number bonds?  What are partitioning and chunking? And why does my child look blank - or have a tantrum - when I demonstrate long multiplication? This book is for mums, dads and grandparents who want to help their primary school children or grandchildren with maths. To do so, many parents find they need to overcome their own rustiness and also to learn the strange new methods and terminology. Throughout the book are games, puzzles and examples of amusing ways in which kids ingeniously 'get it wrong'.

Written with Mike Askew, formerly a Professor at King's College University and one of the country's leading experts on primary maths, who shares my belief in the importance of play and magic in maths.

The book has sold over 100,000 copies, and has featured on a variety of radio programmes, including The Today Programme, You and Yours and More or Less.

With a new curriculum starting in September 2014, we made a number of amendments and updates to the book, including a complete revision of the guide to what your child will be expected to learn year-by-year. 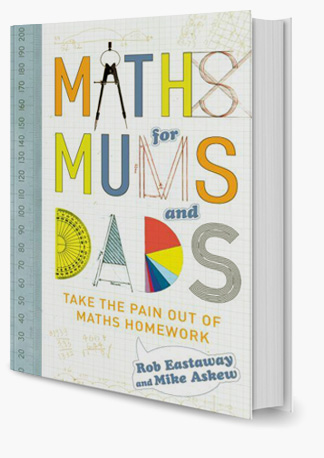