Do you suffer from 'tip-of-the-tongue' moments? Do you forget names, birthdays and the like? Well, so do I. And don't expect any miracle cures, despite the rather assertive title that the publishers gave this book.

This is a practical book about memory, why it goes wrong, and how to improve it and live with its faults. It includes many real-life examples of frustrating memory lapses and the pragmatic and amusing approaches that people use to overcome them.

I needed some persuading to write this book because I never saw myself as a 'self-help' author, but it proved to be a fascinating project. The Daily Telegraph devoted half a page to the book, and the numbers chapter featured on Radio 4's More or Less. The original book was published by Hodder and Stoughton as "How to Remember" but ironically it proved to be an unmemorable title and got rather lost among the competition. Icon agreed to republish, and by adding an intro by Dr Hilary Jones with his photo on the cover the new edition had more impact - though to be honest, I preferred the original less hyped version of the book. 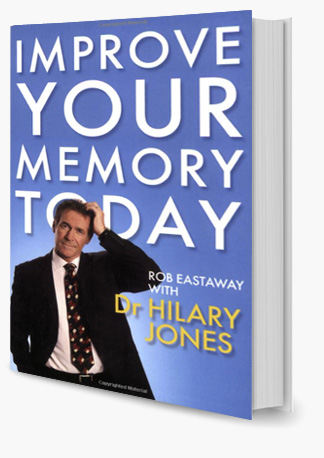