Inching towards a metric world

...but imperial language lives on. 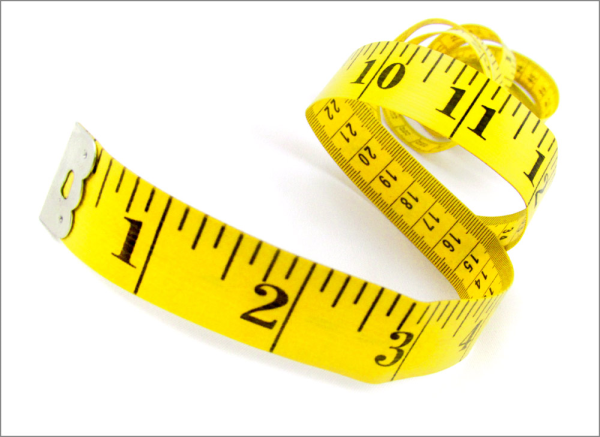 [This blog was picked up by the BBC and became Give 'em an inch, an episode of Radio 4's Word of Mouth with Michael Rosen. The blog was updated in September 2018 to include results of the survey of teenagers.]

How tall are you? How much weight did you gain last Christmas?  And how much milk do you have in the fridge?

I don't need to know your answers, but I'm interested to know what units you used.  Do you think of your height in feet and inches, or centimetres?  Your weight in kilograms, or stones and pounds?  And your milk in litres or pints?

Here's the surprising thing: a large proportion of the British public, including many teenagers, would answer the three questions above using feet, pounds and pints, despite the fact that imperial units have been banished from the school curriculum for nearly 50 years.

Earlier this year I did an informal survey of around two hundred 15-year-olds in a variety of schools. I asked them to estimate the height of Britain's tallest man and the weight of the actor Dwayne Johnson ('The Rock').  To my surprise, about three quarters of them estimated height using feet and inches, and over a third estimated weight using stones and pounds.

What is it about imperial measurements that means they live on so strongly in our culture?

Parents probably have something do with it: children learn much of the language of measurement informally at home, and feet, pounds and pints are still everyday measures in many households.

But imperial measurements are embedded in our wider culture too.  In most stories about a new weight-loss diet, the successful dieters are reported to have lost pounds and even a stone or two, not kilograms. Beer is still served by the pint, as is bottled milk.  'Six foot' is still the height above which people are deemed to be tall, and our road signs use miles exclusively.  Pizza sizes are almost always stated in inches, and the "two-by-four" (inches) is a staple bit of timber for a builder (though it often measures 1.5x3.5 inches....aargh!).  And then there's the McDonalds Quarter Pounder.

Sometimes the imperial language lives on even when the imperial unit has long fallen out of use. I was in New Zealand not long ago, a country where distances went metric 50 years ago, and you won't find mention of miles anywhere.  And yet when talking about how many kilometres a car has travelled, Kiwis still refer to its 'mileage'.

Is the endurance of imperial measurements like feet, pounds and pints partly because they allow people to express measurements using small numbers or simple fractions?  'Nine inches', 'half a pint' and 'twelve stone' versus their rough equivalents of '20cm', '250 ml' and '75kg'.

Some imperial units are appealing for their practicality: a foot is the length of an adult foot (ish). These units were usually broken down into sub-units that made division easy. The Latin word for twelfth, uncia, is the origin of two measurement words: inch (one twelfth of a foot) and ounce (originally one twelfth of a pound) - the nice feature of the number 12 being that it is divisible by 2, 3, 4 and 6. But while individual units often make intuitive sense, viewed as a whole, the imperial system is a quirky mishmash. There's nothing practical about a 14 pound stone, or a 1760 yard mile.  It's no surprise that units such as the gill, quart, chain and league are almost extinct - though the chain (22 yards) lives on in spirit, as the standard length of a cricket pitch.

A huge buttress supporting imperial units is that the world's richest and most technologically advanced country, the USA, still stubbornly sticks to imperial units.  Most American recipes still refer to pounds,  cups and ounces, while US engineers routinely talk about foot-pounds of energy.

But I wonder if there's another easily overlooked factor that's keeping imperial units in our language: the shortness of the words.  The most common imperial units all have a single syllable: inch, foot, yard, mile, pint, ounce, pound, stone.  Compare that with centimetre, kilometre, millilitre and kilogram - multi-syllable words that (unsurprisingly) have not entered the lexicon of most poets or lyricists.

We may be inching towards a fully metric world, but it'll be a long time before our language goes the whole nine yards.

A metre measures three foot three,
It's longer than a yard, you see.

Two and a quarter pounds of jam
Weigh about a kilogram

A Litre of water's
A pint and three quarters

And this one is apparently popular in the USA (where they say tom-ay-to, while we say tomato)